Home → Wind Power installation
Wind energy is a renewable type, which uses the kinetic energy of wind to transmute and thus make a profit from it. Generally it used for the generation of electricity through wind turbines.
A wind turbine is a machine that converts the kinetic energy of wind into mechanical energy and this mechanic into electricity through a generator.

The kinetic energy of an air flow spins propellers of the aero-generator converting the kinetic energy into mechanical. Propellers transmit this mechanical energy through a transmission system called multiplier, which increases the rpm so that the alternator (usually three-phase) be able to work and generate electric energy.

Barriers to its development
Administrative and legislative measures:
Increased taxation purposes of Property Tax (IBI)
Increase the tax base in the Tax on Construction.
Installations and Works (ICICI).
Administrative problems for the authorization of R & D project.
Removal of subsidies. A Turbine: transforms the wind into electricity
B Accumulators are batteries that accumulate electricity.
C Regulator controls the power generation of the wind turbine and solar panels and battery status. Prevents overcharging and battery discharge.
D Inverter: converts the stored electricity in the form of continuous current, suitable for home use electricity: alternating current at 220 V. It can incorporate a battery charger recharging in case of have an external source, like a generator set. 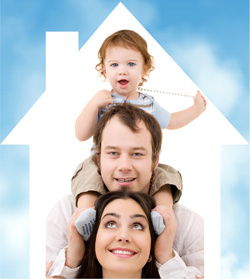